I really struggled with this book.

Which was bitterly disappointing.

In fact it’s a hugely important novel in the digital, cyber-circles in which I work.

(There are knowing T-shirts.) 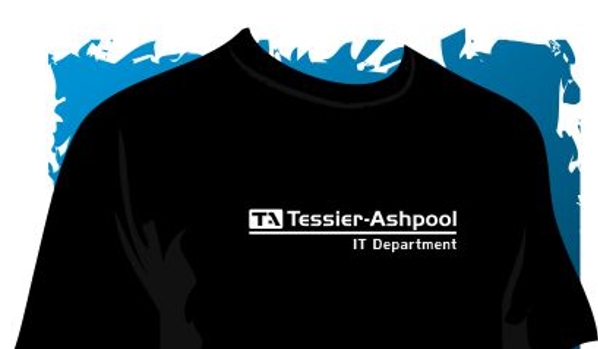 I shouldn’t have been able to put it down.

Instead I had to force myself to keep picking it up.

There are two reasons for this.

Firstly I didn’t understand it. Please don’t ask me to tell you what happened or what it was about.

Blind momentum as he hurtled across the infinite datascape.

(That extracted sentence is an accurate description of how I felt during most of the book.)

And secondly I established zero empathy for any of the main characters. Indeed I pointedly made a note (my Kindle app tells me it was 52% of the way through) when I first encountered a reference to emotions or feelings on the part of a main character.

Several seconds passed before the scene beyond the window registered through his tension and unhappiness.

(I wish I could say that my heart went out to him in his moment of tense sadness.)

So I neither knew what was happening nor cared about to whom.

For many of the people that I work with this is heresy.

Neuromancer (I know this much) is a novel about Artificial Intelligence and the hacking thereof.

It reminded me greatly of The Matrix, a film that I’ve never watched all the way through because, like Neuromancer, I didn’t understand it and I had no empathy with any of the characters.

And Neuromancer is like The Matrix. Gibson himself has commented on the fact.

Neuromancer is the book in which Gibson introduced the world to the term “cyberspace”.

This was back in 1984. Its ahead-of-timeness and seminality go hand in hand.

So I kind of felt obliged to read it.

And finishing it sure felt like an obligation as it turns out.

Here are the cyberspace money-paragraphs, the first of which also introduces the book’s main character, a hacker (“cowboy”) named Case.

Case was twenty-four. At twenty-two, he’d been a cowboy, a rustler, one of the best in the Sprawl. He’d been trained by the best, by McCoy Pauley and Bobby Quine, legends in the biz. He’d operated on an almost permanent adrenaline high, a byproduct of youth and proficiency, jacked into a custom cyberspace deck that projected his disembodied consciousness into the consensual hallucination that was the matrix.

Cyberspace. A consensual hallucination experienced daily by billions of legitimate operators, in every nation, by children being taught mathematical concepts … A graphic representation of data abstracted from the banks of every computer in the human system. Unthinkable complexity. Lines of light ranged in the nonspace of the mind, clusters and constellations of data. Like city lights, receding…

It turns out that the author himself agrees with my assessment of his book.

He gave this brilliant, brilliant #longreads interview to The Paris Review. It covers a range of fascinating topics including inspiration, writing schedules, science fiction, and candid retrospective views on his most famous book.

He has this to say about comprehension.

Even so, I got to the end of it, and I didn’t care what it meant, I didn’t even know if it made any sense as a narrative. I didn’t have this huge feeling of, Wow, I just wrote a novel! I didn’t think it might win an award. I just thought, Phew! Now I can figure out how to write an actual novel.

And, more importantly I think, he has this to say about the empathy – lack of – issue.

I didn’t have the emotional range. I could only create characters who have ­really, really super highs and super lows—no middle. It’s taken me eight books to get to a point where the characters can have recognizably complex or ambiguous relationships with other characters. In Neuromancer, the whole range of social possibility when they meet is, Shall we have sex, or shall I kill you? Or you know, Let’s go rob a Chinese corporation—cool!

It’s that lack of emotional range, the lack of romance, that ironically made Neuromancer such a struggle. There’s very little in the way of human interest.

And it’s the lack of humanity in Gibson’s brave new, artificially intelligent, cybernetic, zero gravity world that most called to mind the word “dystopian”. Technology is king and the humans appear to have no hopes, dreams or aspirations.

Here the author and I disagree.

I’ve always been taken aback by the assumption that my vision is fundamentally dystopian. I suspect that the people who say I’m dystopian must be living completely sheltered and fortunate lives. The world is filled with much nastier places than my inventions, places that the denizens of the Sprawl would find it punishment to be relocated to, and a lot of those places seem to be steadily getting worse.

I buy that, but how can a world where your only chance of seeing a horse is in a display case be anything but dystopian?

‘It’s a horse, man. You ever see a horse?’ Case glanced at the embalmed animal and shook his head. It was displayed on a sort of pedestal, near the entrance to a place that sold birds and monkeys. The thing’s legs had been worn black and hairless by decades of passing hands. ‘Saw one in Maryland once,’ the Finn said, ‘and that was a good three years after the pandemic. There’s Arabs still trying to code ’em up from the DNA, but they always croak.’

Having raised the issue of dystopia I can’t help but compare Neuromancer to Super Sad True Love Story by Gary Shteyngart. The latter is the book that literally taught me the meaning of the D word.

This isn’t really a fair or valid comparison.

Neuromancer has been acknowledged as a classic. Super Sad, well, hasn’t.

But Super Sad True Love Story delivers in spades in the crucial area in which, for me, Neuromancer falls down.

Neuromancer is  about technology.

Super Sad is about the impact of technology on people.

And that for me makes Super Sad the better book.