Attitude and behaviour are the chicken and egg of the marketing world.

For the longest time it has been generally assumed that you change attitudes in order to change behaviour.

There is a pleasing, intuitive, logical linearity to that view of the world.

It’s a view of the world that is funnel-shaped and labelled AIDA.

It’s a view of the world that particularly suits advertising.

But more recent, unconventional wisdom turns that view on its head.

A change in behaviour prompts a change in attitude apparently. Not vice versa.

That can be counter-intuitive if you’ve been brought up with an attitude-first, advertising-first view of the world. 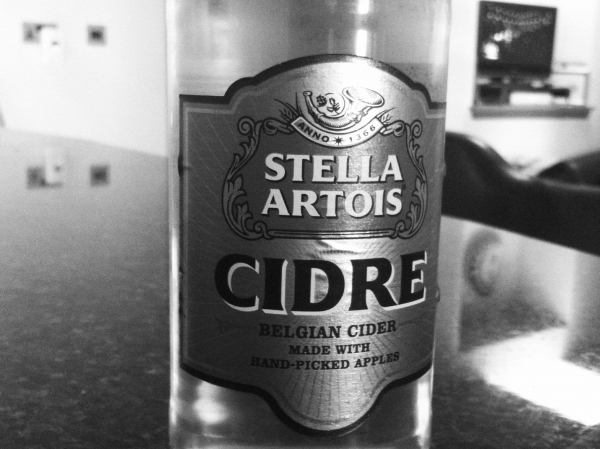 For the longest time Stella Artois was the definitive premium continental lager.

It was the very essence of French sophistication.

No mean feat for a Belgian brand.

Its advertising was a masterclass in conscious and subconscious branding. 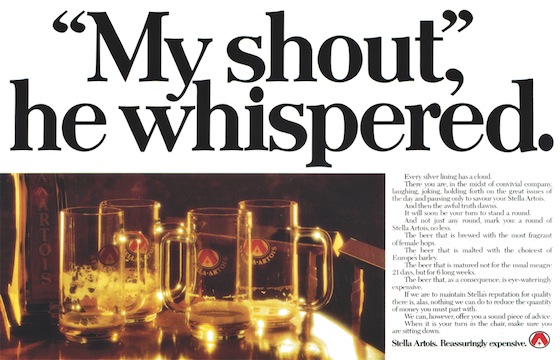 It led the field in every aspect of the marketing mix.

It was a juggernaut. A runaway market leader in both on and off trades.

Stella could do no wrong it seemed. It was unstoppable.

But it was undone by its popularity.

Exclusivity and ubiquity are uneasy bedfellows.

You can’t choose who buys you.

And there’s not much you can do (ask Burberry) when a certain stereotype adopts your brand as a badge of identity.

Pint of wife beater anyone?

Underestimate the destructive power of negative user imagery at your peril.

Suffice to say that my attitude to Stella Artois was irreparably damaged by the behaviour of others.

I wouldn’t be seen dead drinking it.

And no amount of beautifully crafted, sophisticated, retro-stylish advertising was going to change my mind.

Then, suddenly, I find myself in the local BP garage.

I entered the shop in a sauvignon blanc frame of mind.

But my eye is caught by the cider display.

Mmmm. A couple of cheeky ciders with the game methinks.

But the choice is limited and I don’t fancy Strongbow or Dry Blackthorn.

So my eye settles on Stella Artois Cidre (not cider).

There follows a short mental battle with myself. A battle between the desire for a non-Strongbow cider and years of pent up Stella aversion.

Two nicely chilled, 568ml (pint) sized bottles of Cidre later I find myself – in spite of myself – reappraising the Stella brand.

The Cidre was bloody good.

Bloody good enough to quickly carve itself a regular spot in my repertoire.

And – in spite of myself – I can feel that the ice around my heart has melted. I’m not sure I’d go as far as to say that I like Stella again. But I certainly loathe it a lot less.

Cidre changed my behaviour, which has changed my attitude to the brand.

So there you have it. *Conclusive* sample of one proof that brand behaviour changes brand attitudes. Not vice versa.

Without even a hint of irony I shall tag this post “case study”.