Once upon a time at BBH a hapless traffic “router” (rhymes with “outer”) walked into Nigel Bogle’s office and said “Nigel, have you got a couple of seconds to look at this?” He then handed Nigel a press ad concept, or it may have been a piece of artwork, mounted on board with a sign-off sticker awaiting his signature attached to the reverse side.

Nigel took the board, looked the router in the eye, counted “One. Two”, and handed it back unsigned.

I’m pretty sure that this story is true, not apocryphal. Certainly anyone who knows the agency will find it easy to believe.

Nigel was not being arsey for arsey’s sake. He was making an important point. And he was making his point in a way that was guaranteed to spread like wildfire throughout the agency. Word Of Mouth internal marketing at its best.

At the time (early 90’s), every piece of creative work leaving the agency had to have the signature of John Hegarty and one of John Bartle or Nigel Bogle. There was a B and an H on every piece of board and every video tape box that went out of the door.

This wasn’t just an empty piece of ceremony. They put their names to every piece of work and they didn’t do it lightly. They cared. And if they didn’t feel it was good enough they’d send it back. If the account director was in reception, artbag in hand, waiting for the router to supply the signed-off concept and dash to the client presentation, that was his or her problem.

The worst accusation that could be levelled at a BBH account director was expedience. Taking the path of least resistance rather than the path to great work.

Quality control should never be a formality.

In a creative business, quality control should never be a “that’s good enough” rubber stamp exercise at the end of a process.

The reason this story came back to me was that I’d been thinking about the role of 40 and 50 somethings in our business.

There are plenty of people in this age range who have made the transition from vocational to managerial roles, and quite a few who are effectively coasting (often expediently) towards retirement.

There are others for whom the desire to play a part in great work burns as brightly now as it did when they were 21.

These people should be involved at the beginning, in the middle and at the end of the quality control process.

If an agency process, or an expedient account director, restricts their involvement to the end only, then these people reserve the right to be a pain in the arse. An account director doesn’t want to hear that their client’s work is not as good as it could and should be, along with wise counsel about how that could and should be achieved, just as he or she is about to present it.

That same opinion and counsel sought and offered much earlier would have made the work better and, ironically, the account director’s life easier.

Quite coincidentally I found myself thinking about this story and writing this post in the week that BBH turned 30.

BBH Labs have kindly posted an internal letter from Nigel Bogle to the agency to mark the occasion. 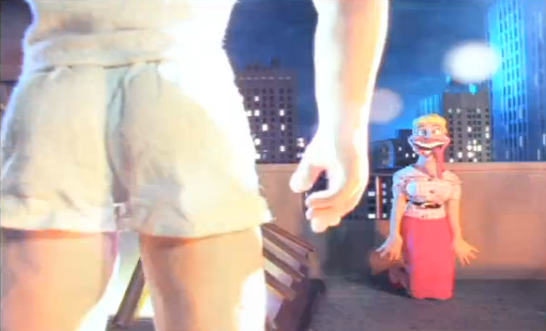