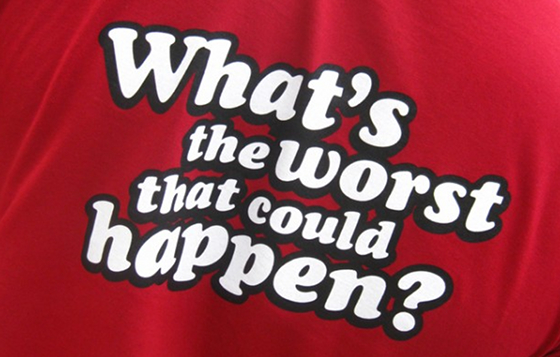 The worst that could happen if Scotland votes Yes in the Independence Referendum is far worse than the status quo, and that’s why I’ll be voting No.

My grandfather once met William Hill – the William Hill – at Aintree race course and asked him which horse he was backing in The Grand National. Mr Hill politely replied that he was not a betting man.

No-one is better acquainted with the futility of gambling than a bookie.

We are all just occasional voters too. Every four years if we can be bothered.

We do little or no research.

It’s not as much fun as a flutter.

But the risks associated with a general election are also relatively low in the grander scheme of things. Experience has taught us this. Voter apathy would be lower and election turnouts would be higher were this not the case.

The Independence Referendum in Scotland is different.

The stakes are higher than they are in a general election.

(It is about so much more than getting rid of David Cameron; a laudable goal but not one worthy of such drastic, irrevocable measures.)

The worst that could happen is a disaster.

And the best that could happen, as far as I can tell, is that we all pay more tax to be as good as Norway, or some other small country I wouldn’t choose to live in.

Some months ago I attended a referendum debate at Edinburgh University between the two Blairs – Blair Jenkins (Yes) and Blair McDougall (No). And what struck me most was the disingenuous manner in which the Yes campaign was happy to conjure up the image of a Scandinavian-style Utopia, whilst refusing to be drawn on the detail of how that would be made to happen.

“Do you think the Scottish electorate would stomach the kind of tax regime required to fund that level of social services?” asked a member of the audience.

“Taxation is a party political issue to be decided after Independence,” was the evasive answer from Blair Jenkins.

I was left with the strong impression that the Yes campaign is blagging it, which is not good enough when my childrens’ futures and my family’s long term financial security are at stake.

I fear that a momentous decision would yield only momentary euphoria.

The No campaign has been poor. But it has the harder job of the two camps.

The best that can happen and the worst that can happen in the event of a No vote are more or less the same. Despite last minute promises of more devolved powers it would be pretty much business as usual. Far from perfect, plenty to fix, but operational.

Better Together is a strong, supportable, credible proposition. But, in effect, what the No campaign is saying is “Things can only get worse.”

The Yes campaign is saying “Things can only get better.”

And for many people in Scotland that too is a strong proposition.

It is also a notion that plays to the heart as well as the head. Seize the moment! Seize control of your own destiny! Rise now and be a nation again!

By contrast, that kind of stirring, optimistic, emotive appeal is sadly lacking from the No campaign.

I can understand the temptation to vote Yes. I have felt it. It would be liberating, historic, momentous. And we could make it happen, be part of it.

Were I younger, were I not a father, if my financial security were not largely dependent on the value of my house, I might even do it.

But I fear that a momentous decision would yield only momentary euphoria.

I remain unconvinced that this grand idea has been properly thought through. The dots have not been joined. Alex Salmond has his eyes on the prize, but his prize, his place in history, is not the same as mine.

So I shall be acting like a bookie rather than a gambler next week. The worst that could happen is too great a risk to bet the house on some vague, unsubstantiated notion of what the best could be.

I don’t want the country I have lived in for over twenty years, in which my children have been born and raised, to be The Butt Naked Boy of Europe…