Optimise for humans, not for robots.

Don’t waste your time trying to game the system because you’ll take your eye off the ball. 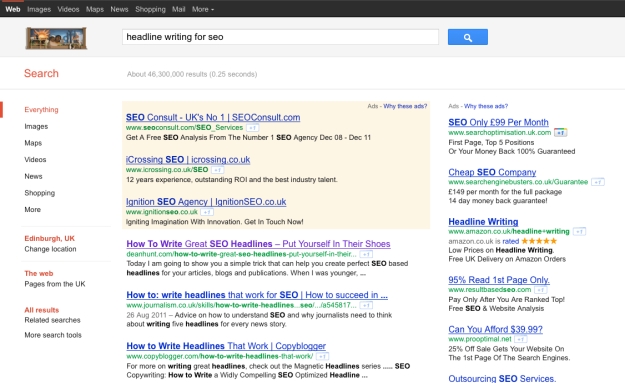 This post by Dean Hunt is, at the time of writing, the highest ranking organic return for the Google search “headline writing for SEO”.

His reward is (yet) another inbound link.

He expands on this theme of optimising for humans with his advice to put yourself in the shoes of your intended audience and think about the way a human being would search for your good, relevant, useful content.

That couldn’t be better for me because I had this idea in my head about Roald Dahl being an ace SEO headline writer based on his chapter titles in Charlie And The Chocolate Factory *†.

It couldn’t be better because one of the things that made Dahl a great children’s writer was his ability to sink to their level, to understand what would make them laugh rather than their parents.

Putting himself in their shoes.

(It is a mark of Dahl’s genius that much of his storytelling operates on two levels, making both children and parents giggle out loud).

So with this SEO/put-yourself-in-their-shoes theme in mind, here are some of those chapter titles.

3. Mr Wonka and the Indian Prince.

12. What It Said On The Golden Ticket.

17. Augustus Gloop Goes Up The Pipe.

27. Mike TV is Sent by Television.

I can tell you from recent experience of reading this to a fourth daughter that every one of these is “optimised” for human children. 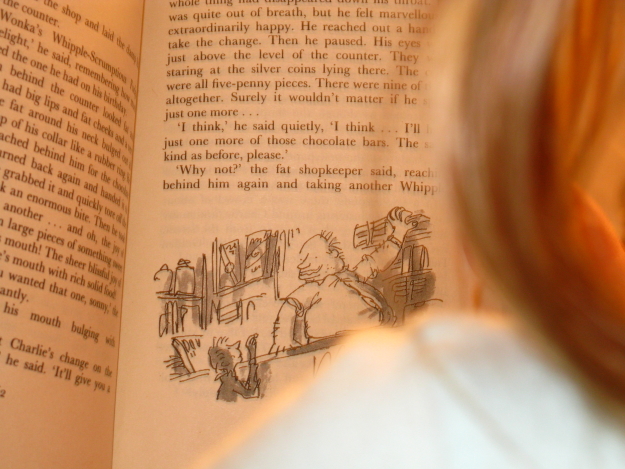 They know exactly what is coming up next.

And what is coming up next is exactly what they want.

No clever word play that amuses the writer but tells the reader nothing.

Were he still alive, and were he to find himself at a loose end, I think we might be able to offer Mr Dahl a position as a junior copywriter.

*† Oh, the irony of ironies. The official Roald Dahl website is built in Flash, and I can’t link directly to the content relating to Charlie And The Chocolate Factory.