I posted this image to Twitpic a while back, with the comment that Noel Gallagher looked more like his Spitting Image puppet than his human self. 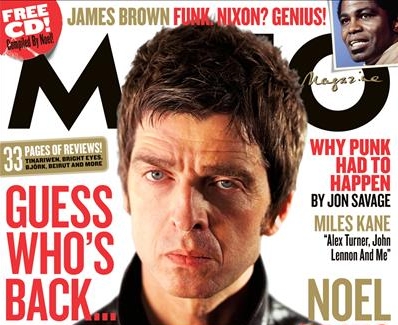 The Spitting Image puppets were three dimensional caricatures of famous people, mainly politicians, that were used to extreme satirical effect.

And I got to thinking about the nature of caricature, how it works by extreme emphasis or, in the case of poor old John Major, by extreme stripping out, to draw attention to the essence of a person.

And then I got to thinking about whether the notion of caricature could usefully be applied to web design. Extreme emphasis and extreme stripping out to focus on essential content and functionality are ideas close to a UX designer’s heart after all.

“Caricature Design” had an intriguing, pithy ring to it I thought.

So I ran it by a couple of designer colleagues at Blonde.

And, whilst they kind of got where I was coming from, I wasn’t exactly bowled over by their enthusiasm.

But, as you’d expect from experienced and intelligent people, their indifference was concise, cogent and constructively critical.

This from Andy, our top User Experience bod.

It kinda feels the other way round in a way. That the mobile is the original. Honed. As intended functionally before it gets blown out of proportion by marketing.

Reflecting a lot of our recent conversations about responsive design, Andy’s lukewarm reaction to the idea of Caricature was an instinctive rejection of the idea of stripping away from a position of clutter to get to a honed, essential solution. Do your planning properly and be honed from the outset.

To Andy, Caricature Design was just a variation on the decreasingly popular theme of Graceful Degradation.

Then this from Ricky, our creative director.

Examples off the top of my head:

Most good property websites versus iPhone apps (strips the marketing guff away and allows you to focus on what you’re there to do: find property). ESPC iPhone app is a good example.

Most good car dealership websites versus iPhone apps (for exactly the same reason as above — even the mobile version of the site does this) Arnold Clark mobile site is a good example.

Being pedantic, the only negative I can muster about calling it “caricature design” (looking back on my art school days and admiring the works of Peter Howson & his main influence Honoré Daumier), is that a caricature in the artistic notion of the word is most often an exaggeration of bodily features that are the most distinguishable and quite often are the feature/s that is/are least liked about that person. The two artists I mentioned depicted quite grotesque people in their paintings… mind you – Peter Howson is from Glasgow 😉

Is it not more about the “cream rising to the top” or “separating the wheat from the chaff” when it comes to the mobile/app version of a site?

Ricky’s indifference (it was probably a stronger negative reaction than indifference but it’s my blog and I’m being gentle with myself) wasn’t about a dislike for the notion of stripping away the unnecessary.

Ricky’s artistic training made him instinctively wary of the whole notion of caricature. In its artistic, often satirical, sense caricature is about emphasising the negative and the ludicrous.

To Ricky, caricature implies stripping back to focus on the wrong things rather than the essential.

I understand where he’s coming from. The dictionary definition of caricature talks about its focus on the ludicrous.

Caricature n. – a picture, description etc. ludicrously exaggerating the peculiarities or defects of persons or things.

No-one wants a ludicrous website or application whose defects are exaggerated.

But I’m still drawn to this idea.

Ask most people (stakeholders) in a scenario planning session to strip back the peripheral and focus on the essential, and they won’t go far enough. They’re too involved to apply an appropriate degree of ruthlessness.

Maybe it needs to feel ludicrous to the stakeholder in order to be right for the user.

In the context of what went before Google was, and still is, a “ludicrously” simple, stripped back interface.

I’d originally intended to post about Caricature Design on the Blonde blog.

But, at the very least, it needs some work to move it beyond the “these views are my own, not those of my employer” stage.

Andy and Ricky didn’t actually try to ban this post, but “The post they constructively criticised” wouldn’t have made for a very punchy sub-head.

I don’t think I was barking entirely up the wrong tree with Caricature Design.

But I should have been barking down from the top rather than up from the bottom.