This goes waaaay beyond my “Twitter cull” earlier this year.

You can see from the Twitter Counter graph that I was half-heartedly unfollowing people (usually on the train home) for about two weeks from 29th October.

Then, on 13th November, the half-heartedness turned into a full-blooded plan.

Henceforth my whole approach to Twitter would be based on lists.

And if you don’t belong on one of those lists, or if you don’t prompt the creation of a new list, you won’t be followed.

There’s nothing personal behind this. It’s entirely business.

Twitter has always been a business tool for me. A tool whose usefulness is in direct proportion to the quality of its “signal“.

When I blogged about my Twitter cull, Justin Kownacki was kind enough to leave a comment, which he ended with the statement that I’ve used as the title for this post.

Don’t ever be afraid to manage your information intake. Twitter’s a service, not a karma ration.

It served as a timely reminder about what Twitter is for. For me.

So here’s what happened. 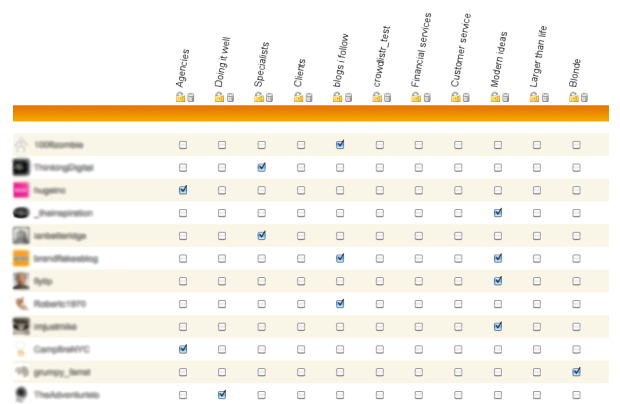 It just so happens that my MacBook screen neatly accommodates four Tweetdeck columns, each based on one of these “signal” lists. 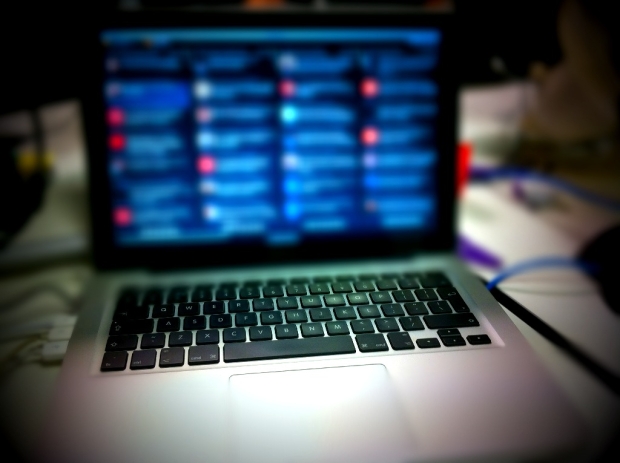 The result is four columns of highly relevant content and opinions.

It is most definitely working for me.

As an aside it’s interesting to look at what has happened to the number of people following me as a result of my mass unfollowing of other people.

I knew that I’d lose followers but decided that I really didn’t care. Based on my definition of what Twitter is for, and my new list-based approach, it didn’t matter.

Here’s the Twitter Counter graph of my followers for the same period as that above.

The loss of followers was less rapid than the rate at which I was unfollowing.

I took a week to complete my restructure.

But I experienced a net loss of followers most days for a two week period from 13th to 27th November, when I started to see net daily gains again.

I assume that this is due to a proportion of the people that I unfollowed monitoring their “follow-backs” on an ad hoc basis and unfollowing me on a reciprocal basis.

I know that this was the case for one person because they rather bizarrely broadcast the fact.

Everyone has their own approach to Twitter, but I don’t get the tit-for-tat nature of this reciprocal unfollowing. It feels thoughtless and vain.

I’m not saying that my new approach is right, nor that it should suit everyone.

But it is the opposite of thoughtless.

(Although I’ll accept that blogging about it might be construed as vain).